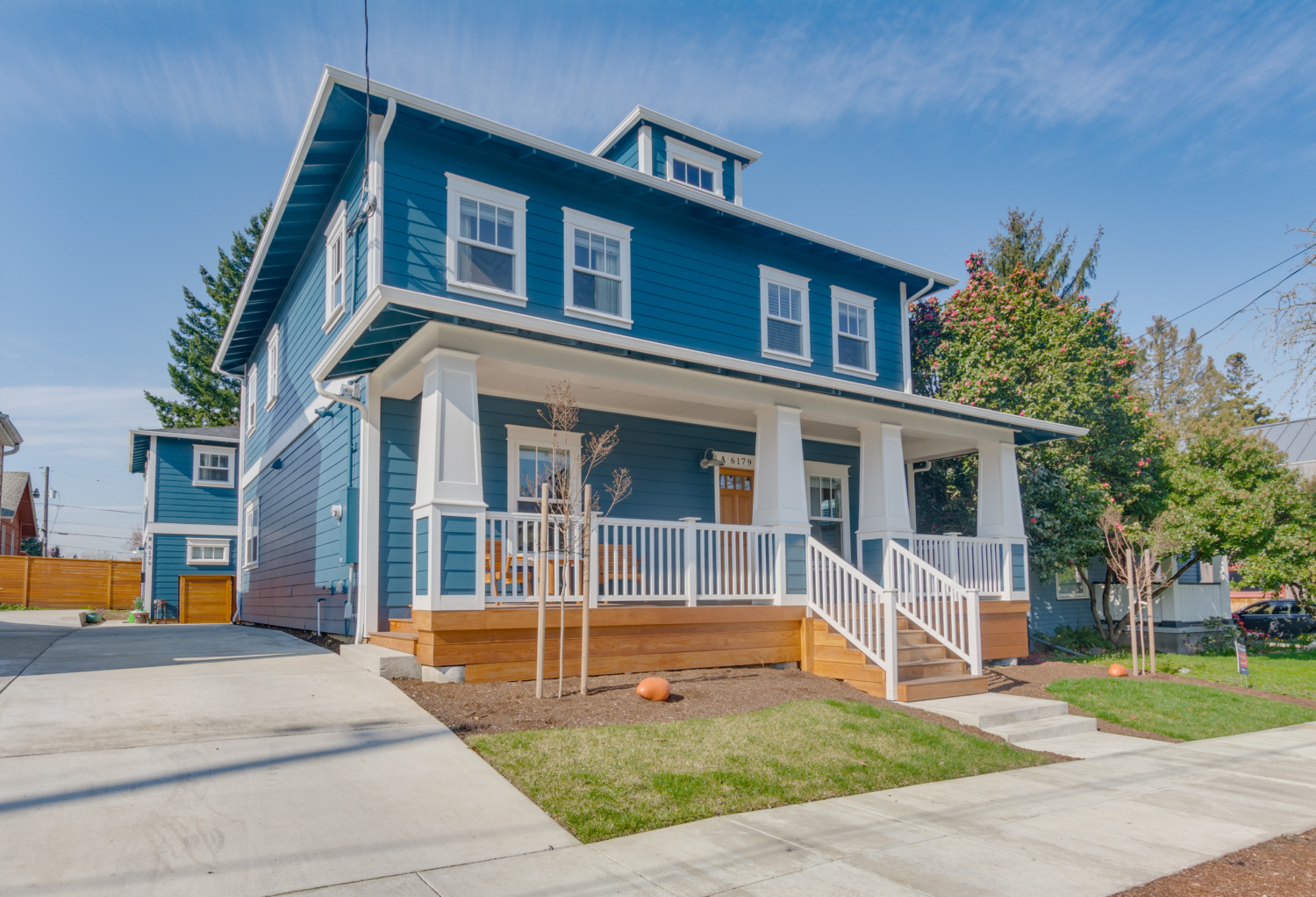 Portland is home to a wide and varied range of residential architecture styles. From Mid-Century Modern to Tudor to Victorian — and several in between, you’re bound to find one that fits your taste. Our Portland Home Styles guide takes a look at some of the city’s most popular.

Many Portland neighborhoods may be most famous for their Craftsman-style homes, but many other architecture types dot its landscape. Here are 9 of the most common Portland home styles — along with some remodel design ideas to complement each one.

Popular throughout Portland, bungalows come in different shapes and sizes, but generally they’re small, have one or one and a half stories, a sloped roof, and smaller rooms.

Bungalows are ideal for mixing old with new. Complement a modern kitchen or bathroom remodel with some existing materials like original hardwoods to retain charm and character.

Originating in New England during the 17th century, the Cape Cod style house is a small, cozy home modeled after thatched cottages in Britain that were designed to keep out cold weather.

The gables on these houses tend to be small. Adding a gable on the back side of the house can increase space and provide more usable square footage in your home.

Dating back to the 18th century, these started as modest two-story homes and eventually grew into more stately four-over-four designs, with four rooms on each floor of the home.

For these stately homes, consider statement features such as a grand staircase, featured fireplace with woodwork, or a show-stopping kitchen.

Craftsman homes typically are packed with traditional features. Don’t be afraid to upgrade your home with a new kitchen, white cabinetry, or increased lighting to complement and accentuate them.

The Foursquare was a popular style in the late 19th century due to simplicity and low cost. It used a basic four-sided layout to maximize the floor plan and the existing space.

A common remodel here is to open the kitchen/dining room to create a semi-open floor plan. Consider highlighting traditional features like wooden archways and fireplace surrounds to add a glamorous touch.

This style signifies a throwback to the design motifs of the mid 20th century. They feature spread-out floor plans that highlight space efficiency and design simplicity.

The large windows on these homes are meant to help bring the outside in. Use natural materials in your remodel to further integrate your home into its environment.

These single-story homes surged in popularity in the 1950s and ‘60s. The single level allows for easier access throughout the home, which complements their open-concept layouts.

We often get asked to add second story additions to ranch homes. If you’re thinking of doing an addition, we recommend adding horizontally rather than vertically to retain the home’s original character.

Dating back to 16th century England, Tudor style homes, or Tudor Revivals, have at least two floors with tall, distinctive windows, and are generally asymmetrical in their appearance.

Tudor interiors can often be dark and heavy. Transform the space with a white, bright kitchen. You can also turn more narrow upstairs rooms into a modern bathroom oasis or a home gym.

Victorian homes are hard to miss. They emphasize verticality, decoration, and a mix of materials and colors. They often have up to three stories and feature lots of detailed ornamentation.

Add a modern kitchen or bathroom to your Victorian home without sacrificing character by retaining or refurbishing original features such as hardware, moldings, or an existing claw foot tub.

Your home reflects you and your lifestyle

Do you want it to exude cozyness? Maybe sophisticated is more your style. Perhaps it’s something in between. Your preferences can have dramatic effects on the architecture and the end result of your remodel.

Use this Portland home styles guide to help you discuss with one of our designers key style elements to help you create those feelings.

Then we’ll work with you to design and build a space that you’re going to love for a long time — as well as one that everyone else who interacts with your home will appreciate.

To help you plan for your next home project, download our complete home remodeling toolkit. It includes a home renovation checklist, a contractor interview guide, and a step-by-step guide on how to apply for financing.

Are you planning a home remodel and aren’t sure where to start? We’re happy to discuss your project. Simply schedule a conversation with us!