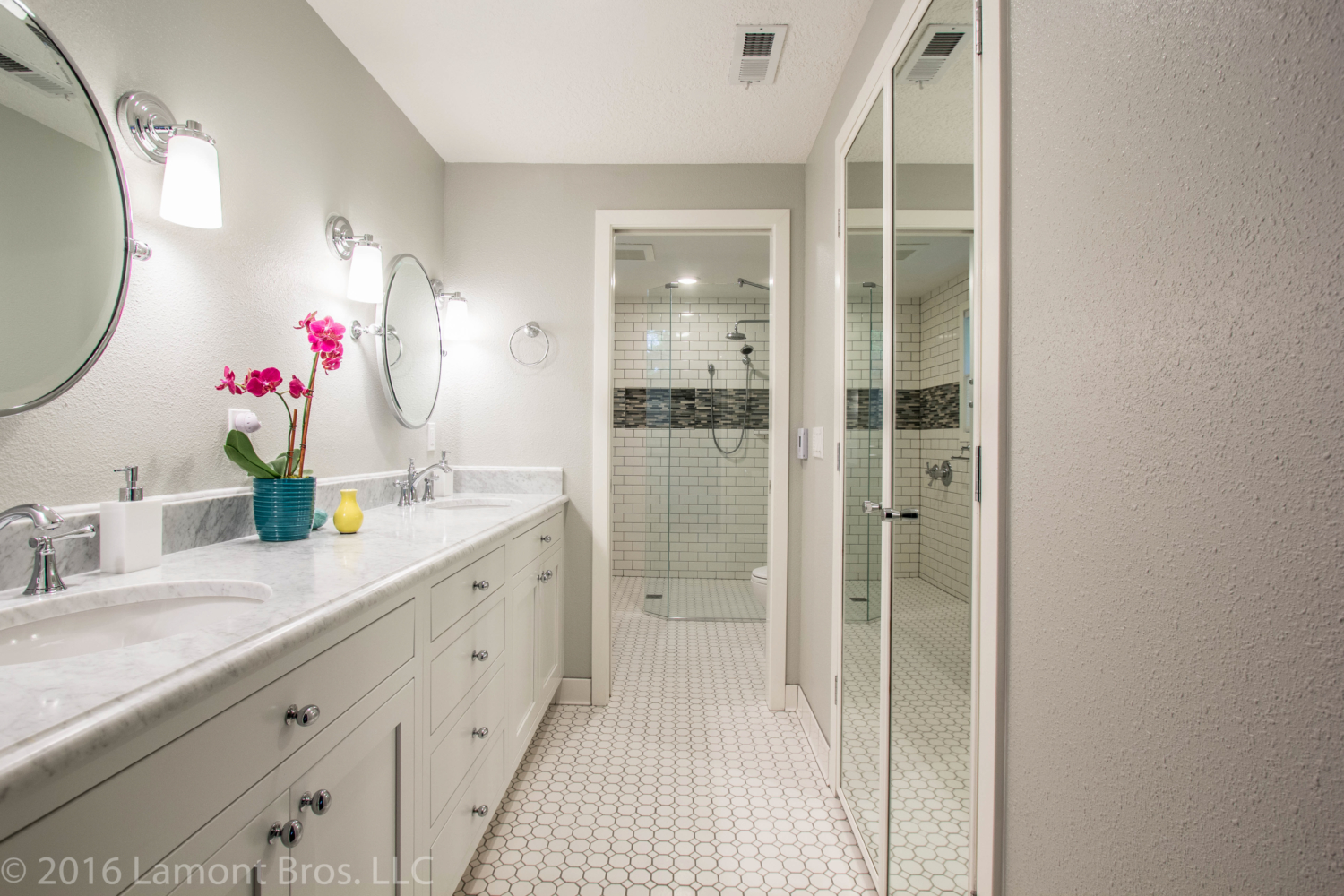 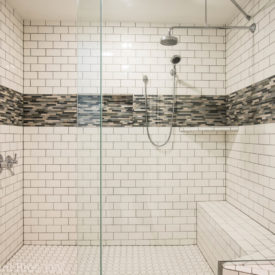 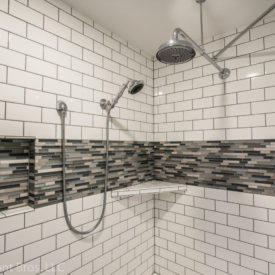 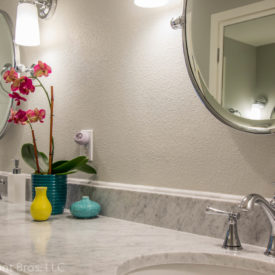 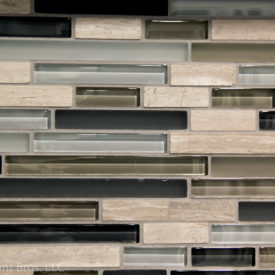 We completed this down-to-the-studs remodel for a homeowner who recently moved into the Lake Oswego area. They primarily wanted to change the awkward vanity space and remove the large tub and replace it with a large barrier-free shower.

Based on the space we decided to do a no door on the new shower, but angle the glass in slightly to prevent water from splashing out.  The reports we got back was that it worked just like we envisioned. Continuing the bench outside the shower gives a little shelf to set something on next to the toilet and provides a compliment to the angled shelf in the shower.

The glass and stone mix provides some nice contrast with the rest of the very light and white bathroom.  You'll notice the long shower head--it was important to make sure that the shower head was brought out far enough that the shower was centered away from the bench.

The feedback at the end of this remodel touched on some often repeated things and our customers have said.  "We were particularly impressed with their crew of workers. They were all very respectful, courteous, and professional and the results of their work far exceeded our expectations. We have worked with multiple contractors over the years on other projects and this has been our best experience to date." 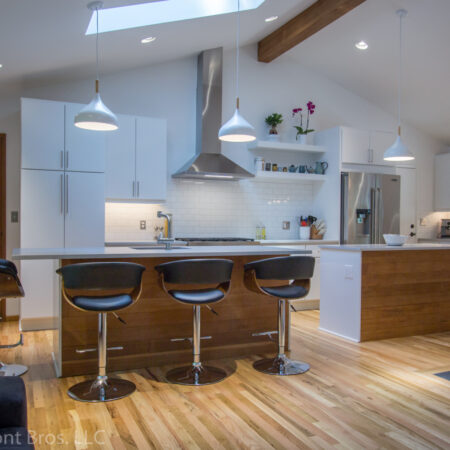 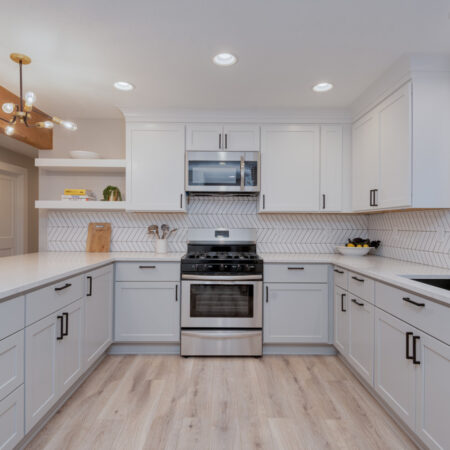 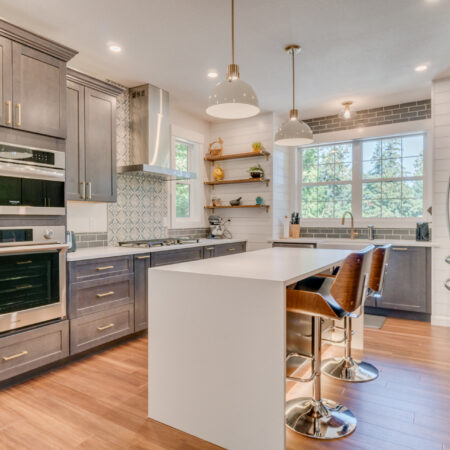 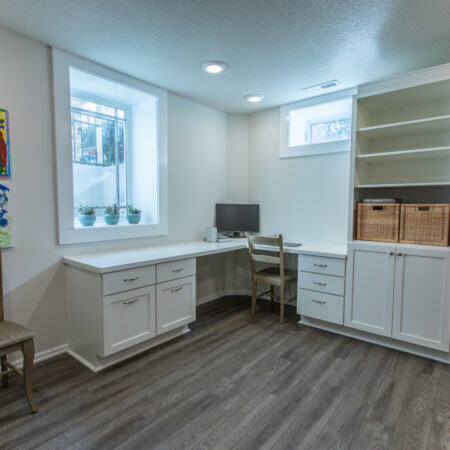